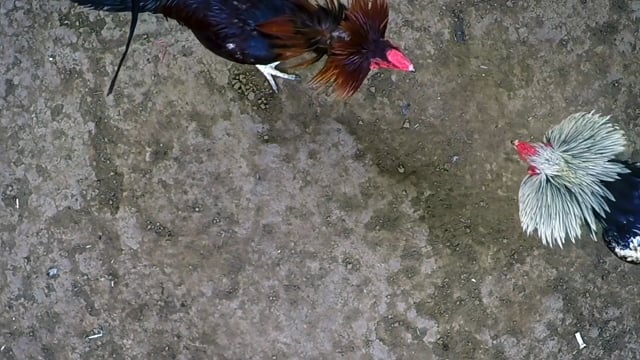 TAJEN is an interactive documentary following multiple narrative threads central to the practice of cockfighting in Balinese culture. The project employs a sensory ethnographic approach to embed the viewer within the action in the cockfight arena. It aims to capture the poetic visual evocation without taking a stance on the morality of the practice. It explores the intimacy, brutality, and festivity of the practice by immersing the viewer into the visceral senses of the steel, feathers, blood, and money that defines it.

Process
Tajen was shot during a month-long trip on the island of Bali with the purpose of researching the local meaning of this practice. We used ethnography, participatory observation, and interviewing subjects as qualitative research methods. We decided to follow three Balinese men who practice cockfighting in the town of Negara, West Bali as our subjects. One subject was filmed entirely with the intention of just observing his daily routines and his participation in a cockfighting event without any verbal explanations. At the same time, a different group in our team conducted interviews with the other two subjects to learn about the beliefs, motivations, perspectives, feelings, and other contextual information relevant to this practice.  The goal of having these two approaches is to gain insights into the differences in audience perceptions and feelings after viewing the two versions.